The opposition National Democratic Congress (NDC) has held a ballot for the aspirants of its Presidential Primary.

The ballot paves the way for the aspirants to formally start their campaigns.

See the order which the aspirants will appear on the ballot paper below;

Meanwhile, the Party has said it would announce the date for its primary after it had communicated the decisions it would reach in the out of court settlement on the contention of the election, to the High Court. 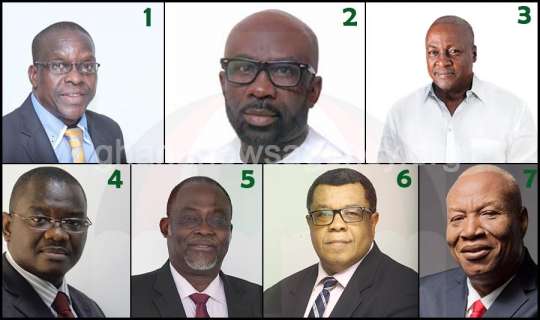 On December 18, 2018, two of its members, Abdallah Issah and James Kafu Nartey-Oman, secured an injunction on the Primary over certain aspects of its proposed guidelines.

They, therefore, wanted the High Court to make a declaration to the effect that the published guidelines for the conduct of the Primary in 2019 was null and void, ultra vires in view of the NDC Constitution of 1992.

They also sought a declaration that the procedure adopted by the Party, via the National Executive Committee in the preparation and presentation of the guidelines, together with the amendments without prior consultation of the National Council of Elders, were unlawful.

The parties subsequently reached an out of court settlement on January 14.