Disgust is our guardian: Though most of us would rather not feel this unpleasant emotion, it helps us avoid disease and infection, new research suggests.

Long before microscopes revealed unseen germs and parasites, humans developed a system of disgust, with six basic triggers warning us to turn away from harmful pathogens, according to a study published Sunday in the journal Philosophical Transactions of the Royal Society.
“Disgust evolved to protect us from disease in our ancient past. The disgust response today may, or may not, be a good guide to what might make us sick today,” said Val Curtis, lead author of the study and a professor and director of the Environmental Health Group of the London School of Hygiene & Tropical Medicine.

“It is unlikely to be a coincidence that many of the stimuli that elicit the emotion of disgust in humans are also implicated in the transmission of infectious disease,” Curtis and her co-author, Mícheál de Barra, a lecturer at Brunel University London, wrote. 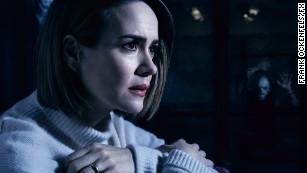 TV show triggers little-known phobia
To better understand disgust, Curtis and de Barra recruited more than 2,500 participants through advertisements on social media and psychology websites for an online survey. They checked IP addresses to control for the possibility of multiple survey entries from a single participant.
About two-thirds of the participants were women, and their average age was 28. The participants read brief descriptions of 75 potentially revolting scenarios they might encounter in a day. Among the word snapshots to be rated were these:
Reading the scenarios, participants rated the strength of their disgust on a scale from “no disgust” to “extreme disgust.”
The researchers discovered that people generally rated infected wounds producing pus as most disgusting. Second highest on the disgust barometer were violations of hygiene norms, such as bad body odor. 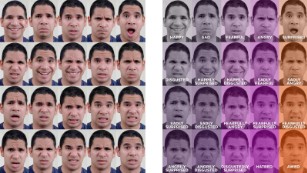 Happily disgusted? 15 new emotions ID’d
Next, Curtis and de Barra classified participants’ responses into six common categories of disgust “cues”: poor hygiene; animals/insects that bring disease (such as mice or mosquitoes); promiscuous sex; atypical appearance (body deformities as well as behavioral irregularity, such as coughing or homelessness); lesions, blisters, boils or pus; and spoiled food.
“From an evolutionary point of view, sex is both attractive, because it helped our ancestors procreate, and risky — therefore somewhat disgusting — because sex risks the transmission of infections,” Curtis said.
She added that porn is a different matter since it is “attractive to some as a sex substitute, and it doesn’t carry a risk of disease transmission, like promiscuity does.”
“We expected that disgust would mirror types of disease,” Curtis said. “But it seemed to rather reflect the types of things and people that should be avoided so as not to risk catching something infectious.”

Whether disgust “is innate is probably believed by most investigators, though I think this is uncertain but possible,” said Paul Rozin, a professor of psychology at the University of Pennsylvania. Rozin, who was not involved in the new research, noted that Curtis is “a serious investigator.”

In his own research, he suggests that to understand the range of human disgust reactions, we must look to “both biological and cultural evolution.”

Jana Schaich Borg, an assistant research professor at the Duke Institute for Brain Sciences, noted that “disgust, as a phenomenon, has gained a lot of attention in the past decade,” with many researchers studying the “functions of disgust” and not just its “neurobiological underpinnings.” 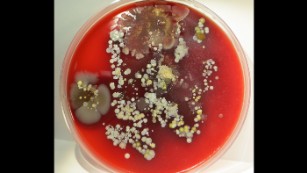 This is what made doctors wash their hands
T
hough collecting data online is not ideal and so a weakness of the study, Schaich Borg, who did not play a role in the new research, noted that it “provides enough valid data” on which to base future research.
“The six general routes of disease transmission the authors describe will help researchers make more precise hypotheses in the future,” Schaich Borg said. Another useful contribution: the suggestion that “disgust types may be better understood by the behaviors they elicit … than by the cues that elicit them,” she said.
In her own work, Schaich Borg and her colleagues have shown that there is a common brain network elicited by most stimuli thought to be “disgusting.”
Follow CNN Health on Facebook and Twitter

“Intriguingly, that network seems to overlap with the brain regions involved in both empathy and judging an act to be morally wrong,” she said.
Schaich Borg’s research uses evolutionary theories, including those proposed by Curtis and de Barra, to hypothesize “how best to target the neural systems that integrate empathy, disgust and moral judgments into motivations for positive moral action,” she said.
Similarly, Curtis and her colleagues at the London School of Hygiene & Tropical Medicine also hope to employ this human emotion for the general good: “We are using disgust in behavior change campaigns, for example to get people to build toilets and wash their hands with soap in countries like India and Tanzania.”
Source: CNN

WHAT IT MEANS TO BE IN LOVE

Bank of Africa hands over Children’s Ward after refurbishment

Ghanaians having too many babies; that’s why health system is suffering – MoH PRO